The Tooth Fairy: Mystery or Reality

Throughout human history, there have been legends about a mysterious fairy which takes children’s teeth in exchange for money. This creature is more commonly known as the Tooth Fairy, a creature that is just as beloved as Santa Claus and the Easter Bunny. We as adults enjoy the joy our kids see, when they look under their pillow, and find money. It reminds us to cherish the memories of the tooth fairy, when we were a child.

Kids have always believed in the Tooth Fairy, just as they believe in Santa Claus and this is not necessarily a bad thing especially since she helps kids all over the world in coping with growth. In honor of this elusive and mythical creature, we hold a celebration on February 28th and another celebration in August. 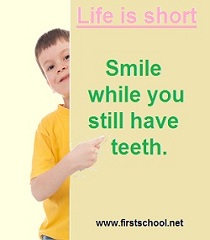 The Tooth Fairy has been a part of children’s lives since ancient times. Did you know that even the hard edged Vikings had a tradition that is quite similar to today’s Tooth Fairy one? They too exchanged their children’s fallen teeth for money.

Although the legend of the Tooth Fairy is quite strange, it has been a part of our culture for so long that it is not a surprise that a special day has been given to celebrate her. The fact is that she will be a part of children’s lives for many more years to come, making them happy and a little mystified, by leaving a little money under their pillows for their teeth!

What makes the Tooth Fairy so real? The Tooth Fairy will always be a beloved mysterious creature among kids. She gives children a sense of importance, by paying them for their teeth. Also it gives them a special feeling inside when they are given money for something that belonged to them. This is important because it gives them self-worth and also gives the child’s belongings self-worth.

Due to her long existence, she has almost become a real person instead of a fictional one. She has been a part of children’s lives for such a long time that parents and kids alike talk excitedly about how the Tooth Fairy will visit the little ones at night when they lose their teeth!

Dorothy Hastings is the Director of First School, which are three Preschool and child care centers located throughout Southern California. First School provides a hands-on approach to preschool education and child care programs that emphasizes all around child development. In addition to their intuitive academic approach, First School also focuses on developing a child's social skills and self-confidence, which is made possible in their intimate learning atmosphere.

Easy and Amazing Thanksgiving Craft Ideas for Your Kids